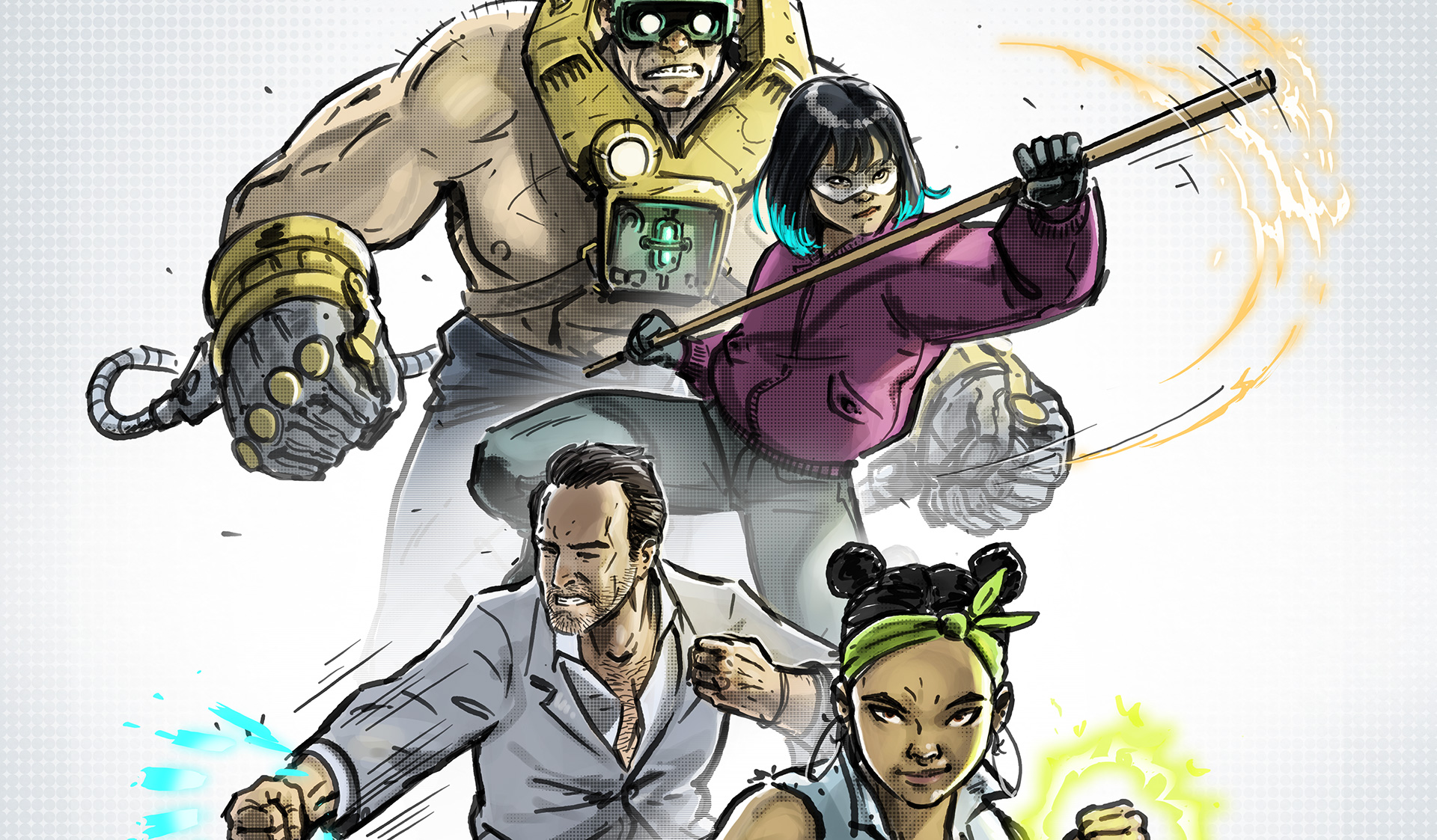 Combo Fighter is a card-driven rendition of the classic arcade fighting game.

You take the role of a colorful & fantastic martial artist (represented by a 50-card deck) and go up against a fierce opponent. Alternatively, you can partner up with a friend & take on two opponents in Team Battle mode or fight a handful of characters in the Battle Royal variant.

To win the game & become the ultimate fighting champion, you must KO your opponent(s). You do that by outguessing your adversary & by stringing cards together to unlock powerful combos. If you are hit, you lose cards from your deck & whoever runs out first is knocked out. 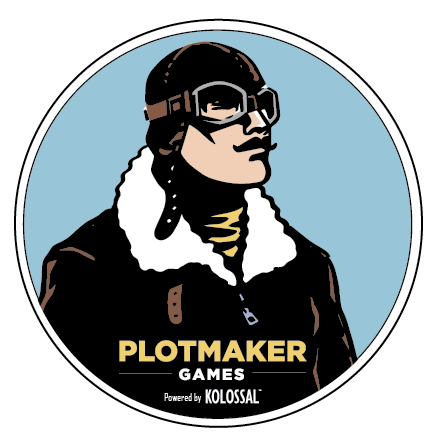 Every fighter has a unique fighting style, and hence every match-up has a different dynamic & metagame. Perfecting the fighting style of your favorite fighter and knowing your enemy is key to success in this fast-paced game of spectacular & hard-hitting arcade combat.

The base game comes with four individual fighters. More will be released in the future. 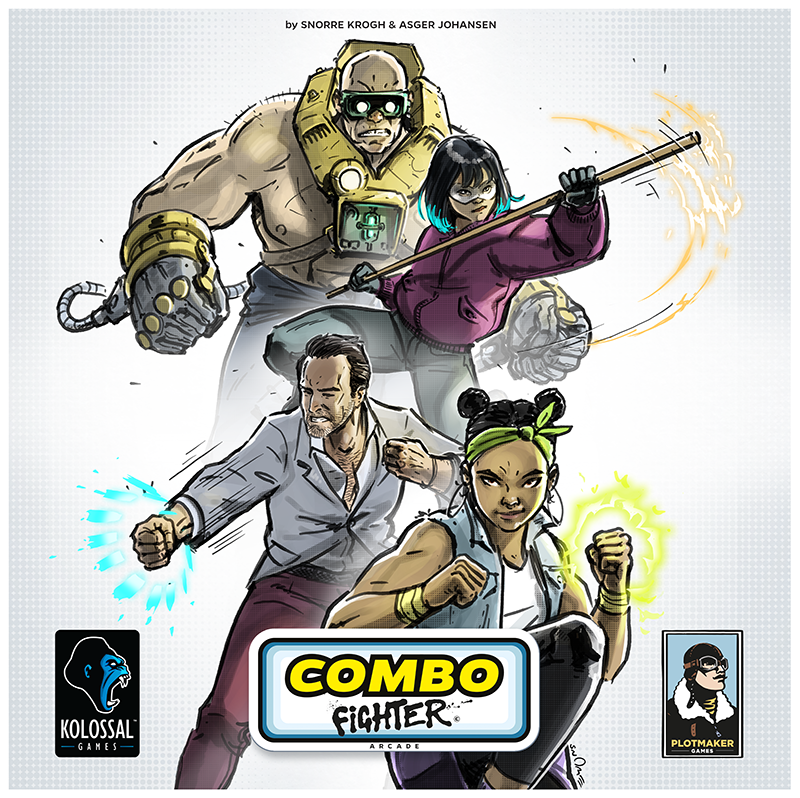 Want to play this game?

Wait for the early release!

Take a look at the game and Subscribe on BGG